Top 10 Things To Do In London

Five Tips for Choosing Your Accommodation in London

London is the most crowded major metropolis in Europe with almost 10 million people living here. This means there is always a huge demand...
Read more
Home

Your home environment can impact how you feel and how you navigate your daily life. In fact, making home improvements can improve your mental...
Read more
Eating Out

The law on pets in rental properties in England is changing but at the moment only 7% of private landlords currently advertise pet-friendly properties.  With...
Read more

The city of dreams… The city of fog… The city of Westminster Abbey… Yes, folks, we’re talking about none other than London! It’s the city that attracts nearly 30 million travellers from around the world every year. From history to literature, from sports to fashion, London has it all – and then some more!

Night or day, London is just full of energy and colours of its own. There’s always so much you can do here in London. Whether you’re planning to backpack through the city or hoping for a luxe experience, London will not disappoint you. But what should you do in London to experience its authentic flavour?

The spirit of London is as unpredictable as the sky over the city. Just when you think you know this place, it will come and surprise you. When you’re in London, there are things that you must experience. So, here’s a list of the top 10 things to do in London, to get just a little closer to its soul.

Whether you’re a Londoner or a visitor, the changing of guards at the Buckingham Palace is a show that you will be able to enjoy from the outside, for free. It’s a formal ceremony during which the soldiers responsible for guarding the palace, together known as the Queen’s Guard, hand over their duty to a new group of soldiers. The ceremony starts at 10.45 in the palace forecourt, but you must arrive earlier. 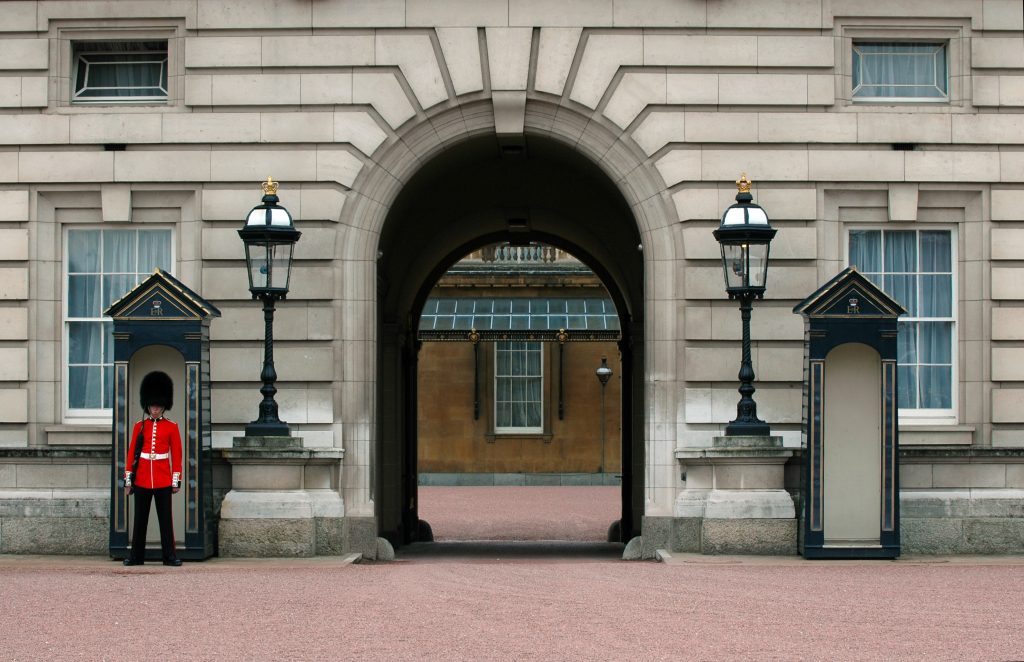 The West End Theatre District is London’s very own Broadway – a must-visit for theatre-lovers. Even if you aren’t a patron of this art form, you should still try it once and give in to the magic of the stage. Both local talents and globally renowned stars like Benedict Cumberbatch and Daniel Radcliffe bring alive classics and contemporary shows. Currently, all shows are on hold but hoped to resume in October.

When in London, it’s almost a sacrilege if you don’t pay a visit to Warner Brothers Studios, the place where the Harry Potter FilmVerse was created. So, take a trip to the studio and enter the world of magic with Harry Potter. Even if you’re not a Potterhead, you won’t be able to resist the contagious excitement of the fandom as you tour original sets, see movie props, and know behind-the-scenes secrets.

Back in 1888, London faced the wrath of a deadly serial killer who is still known by the name Jack the Ripper. Even today, the world is obsessed with this unidentified murderer who used to target women. When in London, take a Jack the Ripper Tour guided by story experts. It’s an exciting trip with theatrics from the guides and pictures projected on the walls. Take the night tour if you want things to be spookier.

Camden Town in Northwest London is primarily known for street markets that showcase the immense talent of the artisans of this region. But it’s also known for the live music shows. If you’re at Camden, don’t miss the live shows at places like The Jazz Cafe, The Roundhouse, and of course, Amy Winehouse’s favourite haunt, The Hawley Arms. The presence of alternative culture in Camden will allure you. 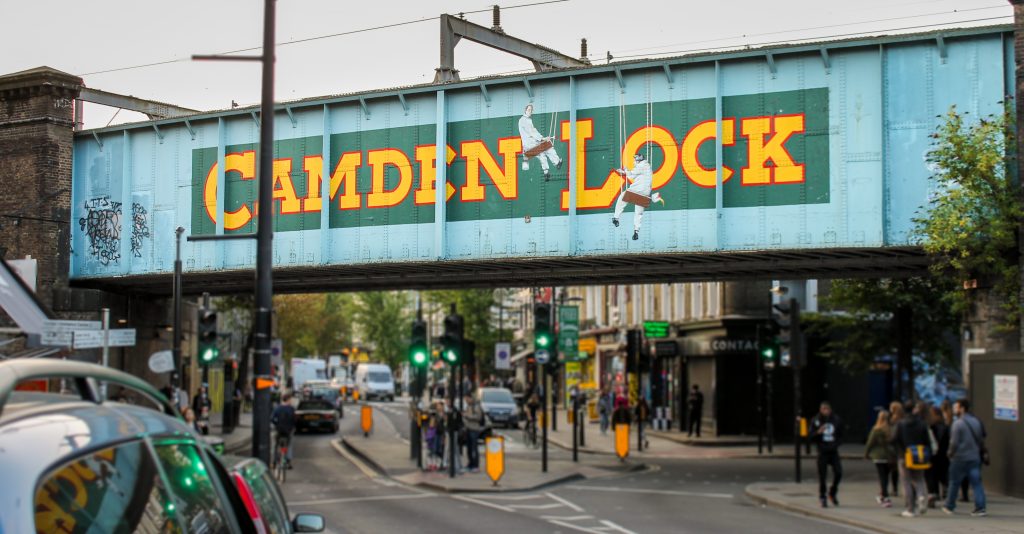 If you’re a connoisseur of good food, London is the place for you. There’s no dispute that this city is the centre of culinary delights. To let this city tingle your taste buds, you must take a London Food Tour. This trip will take you from the classic Fish ‘n’ Chips at a local chippy to a cuppa at Harrods. There are different themes of the food tours, from Indian food walk in Brick lane to a British food tasting at London Bridge.

You cannot even begin to know London until you visit the pubs in the city. To introduce yourself to the city’s classic pubs and alehouses, you must take a Liquid History Tour in London. This trip will take you on an enticing journey, as you go pub-hopping and enjoy learning interesting facts and trivia about these places. Stops include Old Bank of England, Charles Dickens’ favourite Ye Olde Cheshire Cheese, and more.

The capital of England is actually a nature lover’s paradise, dotted with many lidos and pools. If you love to swim and would like to take a dip in cool waters on a summer afternoon, then head to the mesmerising island of Hampstead Heath, where bathing ponds will wait to welcome you. An early morning swim is a lovely way to start your day, as the wilderness in the city-centre leaves a calming effect on you.

London, with its skyscrapers and greenery, the Thames and the Globe, has a unique view to offer. This landscape seems even more mesmerising when you take a bird’s-eye view of the city from the top of The Shard. This 95-storey architectural masterpiece by Renzo Piano is the tallest building in the UK. You can devour the city scene from the 72nd level. Or, it might be nice to do yoga on the 69th with such a spectacle in front.

As the hustle and bustle of the day die down, London starts to shimmer with lights and takes a different avatar. That’s the side of London that you must not miss. To witness the nighttime in the city in full glory, hop on a bus with an open-top to absorb the post-dusk enchantment of London. Take a tour to the landmarks like Trafalgar Square, Big Ben, London Eye, and more. The night tours take place on weekends.

There’s a lot to see and do in London besides religiously visiting the famous tourist spots of the city: walking up to Primrose Hill after sunset to be enchanted by the city skyline, checking out the Instagrammable Graffiti on the buildings of Bacon Street, dropping in at the 300-year-old Twinings café… As a melting pot of distinct cultures and interests, London will always sweep you off your feet.

Electric Scooters in London are not an unusual sight in London. Plenty whizz past in our parks, roads and pavements, but they are actually...
Read more
Eating Out

Five Tips for Choosing Your Accommodation in London

London is the most crowded major metropolis in Europe with almost 10 million people living here. This means there is always a huge demand...
Read more
Home

Your home environment can impact how you feel and how you navigate your daily life. In fact, making home improvements can improve your mental...
Read more
Eating Out

The law on pets in rental properties in England is changing but at the moment only 7% of private landlords currently advertise pet-friendly properties.  With...
Read more
Business

How to go to the office without going to ‘your’ office

Once upon a time, if you expressed a wish to work remotely, you’d be met with a resounding ‘no’. The only time off anyone...
Read more

In the wake of the global pandemic, the entire world has been locked indoors for several months now. In fact, in many countries, the...
Read more
Sport

The city of London is a hub of sports lovers. From the gentleman's sport to the world game, every sport has a base of...
Read more
News

Moving for university takes up the majority of internal migration. Even before students finish their sixth form, they already eye potential schools to jumpstart...
Read more
Business

11 clothing brands that started in London

London has always been the hotbed of fashion. Here's our list of Clothing Brands which started in this great city of ours: 1. Burberry: In 1856...
Read more
Things to do

Electric Scooters in London are not an unusual sight in London. Plenty whizz past in our parks, roads and pavements, but they are actually...
Read more

Top 10 Things To Do In London