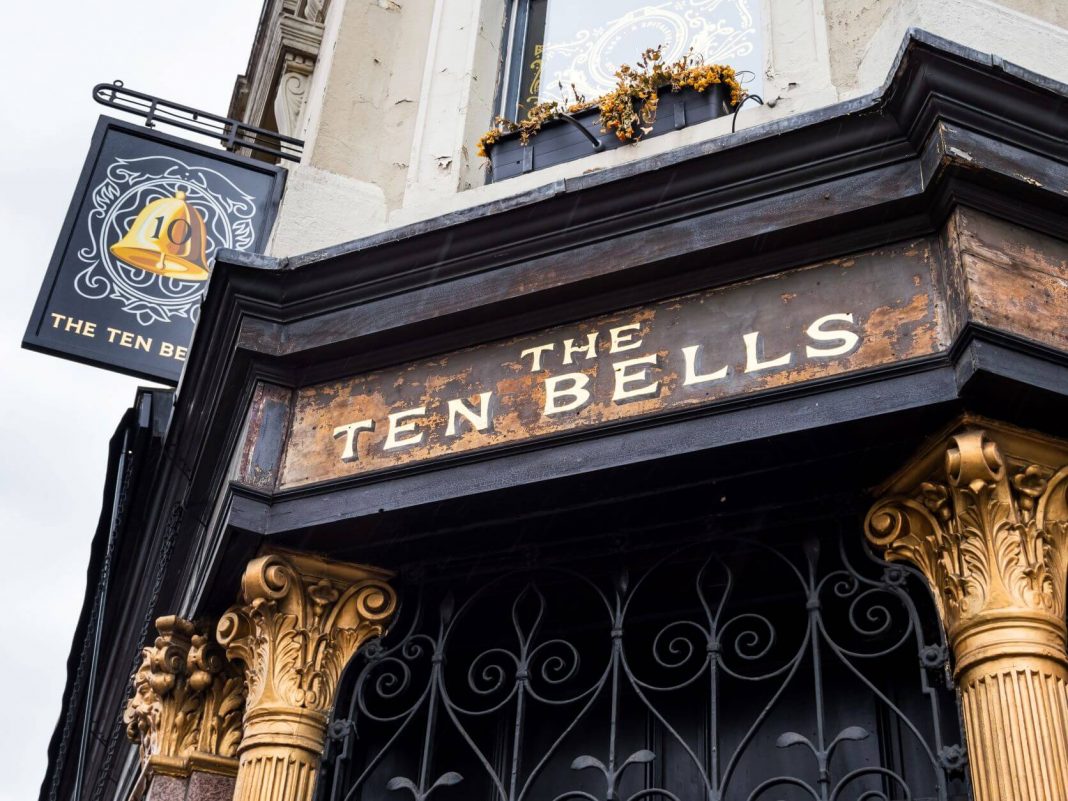 The thought of switching to VoIP in your business might seem like a daunting task. However, setting up VoIP can be as easy as...
Read more
Eating Out

Soak up the experience of sipping a few drinks in a public house that is centuries old. These traditional English pubs have been awash...
Read more
Accommodation

London is an expansive, dynamic and vibrant city where no two locations are the same. You’ll want to find an area where it fits...
Read more
Things to do

Top 10 free Christmas activities to do in London 2021

The Christmas season is finally here and there are a lot of things going on in the city this month. But the cost to...
Read more

Soak up the experience of sipping a few drinks in a public house that is centuries old. These traditional English pubs have been awash with many local stories from before Shakespeare’s time through to recent additions of the Victorian era. A fair amount of these historic places claim to be the oldest pubs in London, but they all carry their own stories.

Have a great time discovering the oldest pubs in London that have managed to survive through disasters such as the Great Fire of London, World War II bombs and post-war planners.

If you’re looking to spend the weekend in the capital then take your time a find some traditional London pubs that you would love to go to with your family or friends just to sink down a few traditional pints and soak up ye olde atmosphere.

If you’re looking to have a bit more of a sporty weekend then have a look at the best places to watch sports in London here. 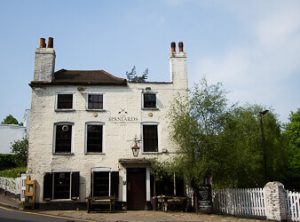 In Hampstead North London, The Spaniards Inn has been around since 1585 but it’s still not the oldest pub in London. It’s best associated with its literary heritage as past writers and romantic poets such as Lord Bryon (Love and Death) and John Keats (Ode to a Nightingale) have blessed the pub with their presence.

The pub design is modelled with wood-panelled walls and pub pews that are high-backed which gives the place a sense of intrigue. You can either relax in the warmth of the fire during the cold evenings in the winter or can enjoy the vast space of the beer terrace during the summer months.

It’s a place steeped in memories of my childhood, either going here or to The Flask in Highgate after a walk on the Heath or at Kenwood House.

The Lamb & Flag was the old stomping ground for Charles Dickens back in 1772 in Covent Garden with many more people such as 17th-century poet John Dryden walking through its doors.

It was famous for its bare-knuckle fights down the alleyway which gave the pubs its nickname “The Bucket of Blood”. Today the pub holds a much friendlier atmosphere with entertainment such as their jazz and ale nights on the first Sunday of each month. 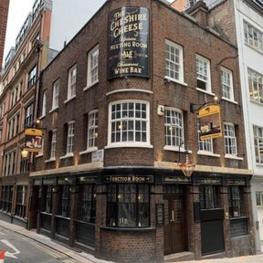 You’ll have to take a little detour off Fleet Street to enter the old establishment that is down a narrow alley. Ye Olde Cheshire Cheese is a place that has many tight connecting rooms with relaxing fireplaces.

Great characters such as Charles Dickens and Dr Samuel Johnson were said to be regular visitors to the watering hole.

The pub had to be rebuilt in 1667 after the Great Fire and it’s known to have cheap drinks but not a wide selection of beers to choose from. Also, with the non-existent phone signal connection in the cellar bars, you can escape from the hectic life of London. 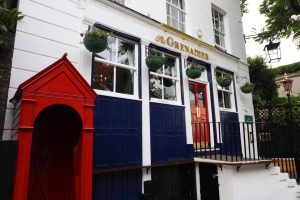 The Grenadier was formerly used by the Foot Guard regiment as an officer’s mess from 1720 but it was formed into a pub in 1818.

Some locals say that the watering hole is haunted by a murdered soldier who cheated while playing a cards game. In recent history, Madonna has blessed her presence in the pub for a post-gig celebration and the interior of the place remains cosy which attracts many people who are searching for a traditional English pub lunch and drink.

One of the most striking and atmospheric pubs in London is the George Inn, which is located south of the river. An older version of the pub was destroyed by the London fire in 1676. It is the last surviving galleried inn in London and is the only pub in London to be owned by the National Trust.

The George Inn is a charming inn that offers numerous rooms, each filled with period furniture and a delightful atmosphere. In addition, the inn features a lovely restaurant that serves delicious food and tea. The inn was featured in a chapter of Charles Dickens’ novel Little Dorrit. 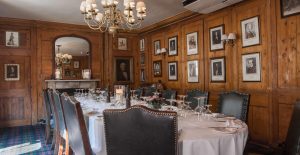 A pub has been located in Mayfair since 1423 and it’s become the go-to place for pies and grilled meats (mainly aged steaks) since 1952. The pub used to attract world leaders, politicians, film stars and wealthy people to the back room so that they could enjoy their famous steak dishes and free-flowing drinks.

They are an establishment that specialises in serving grass-fed, dry-aged British beef in their restaurant and you can choose from a fine selection of Young’s Ales at the bar. 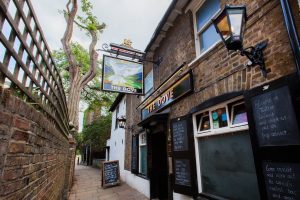 The Dove in Hammersmith is ideally located on a River Thames bend which gives a perfect view of the annually Oxford vs Cambridge Boat race. Charles II and his mistress Nell Gwynne have famously been known to enjoy multiple meals and drinks at this watering hole.

It is now popular for its array of ale drinks on tap and great bottled beers. The Dove is hidden in a narrow road but it perfectly conceals a terrace which makes it the ideal location if you want to enjoy a few pints in the summer months. 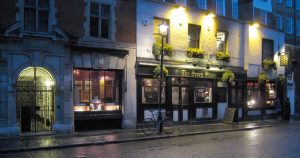 The Seven Stars was established in 1602 and is one of few buildings to survive in the Great Fire of London. The tiny pub is famously located behind the Royal Courts of Justice and this attracts many workers of the legal profession to their doors.

On the surface, it looks like an unassuming pub, but once you get past the door, you’ll find a traditional pub with a strong range of real ales. There is not much space within its walls, so it’s best to avoid lunchtime and the post-work rush. 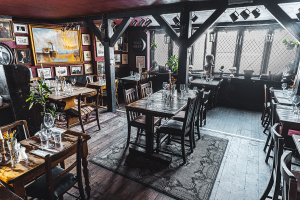 It’s a pub in the southern part of the city which was a stopping point for the Pilgrim Fathers as they migrated to America in 1620. You can expect a place that has amazing scenes of the river, a cosy fireplace for winter months and traditional British plates that will keep you satisfied.

The Mayflower has the special privilege of being the only London pub to have the license to sell stamps due to the seafarers who used to visit the pub for a drink and a postage stamp.

The Ten Bells was formed in the East End of London in the 17th century and was famously known as a place where two of Jack the Ripper’s victims, Mary Jane Kelly and Annie Chapman, used to visit frequently. It is also a pub where Jamie Oliver’s great-great-grandfather owned the establishment as the landlord in the 1880s.

If you’re looking for a pub with a bit of character and a traditional London vibe, this place ticks all the boxes. You can visit for a glass of wine at the weekly wine club or enjoy their challenging but friendly weekly quiz. If you’re visiting the Shoreditch area, it’s one place where you’re guaranteed to have a fun night out.

For any business that had to temporarily close due to the pandemic lockdown, hospitality and the arts have suffered from financial burden. Furloughing staff...
Read more
Eating Out

The thought of switching to VoIP in your business might seem like a daunting task. However, setting up VoIP can be as easy as...
Read more
Eating Out

Soak up the experience of sipping a few drinks in a public house that is centuries old. These traditional English pubs have been awash...
Read more
Accommodation

London is an expansive, dynamic and vibrant city where no two locations are the same. You’ll want to find an area where it fits...
Read more
Things to do

Top 10 free Christmas activities to do in London 2021

The Christmas season is finally here and there are a lot of things going on in the city this month. But the cost to...
Read more
Things to do

If your visiting London, the capital of the UK and wondering what to do for your stay then here is a guide for you....
Read more

The thought of switching to VoIP in your business might seem like a daunting task. However, setting up VoIP can be as easy as...
Read more
Business

How to Bring a Little Country Décor to London Living

No matter whether you are used to London living or you are missing a little bit of the countryside, it is totally possible to...
Read more
News

Crime rates are usually much higher in big cities. However, London is considered to be safer than many of the other popular cities in...
Read more