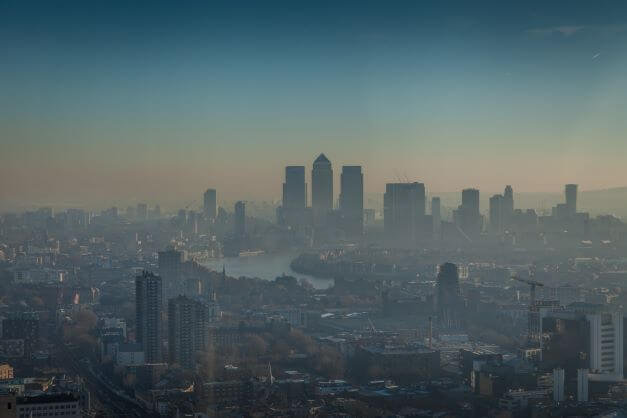 With a population of over 8 million people, it’s no surprise that London is home to some of the world’s biggest sport teams. They...
Read more

City Hall has stated that there has been a high air pollution warning issued for London for the first time since August 2020.

A forecast by Imperial College London said that the capital would see a “further sustained import of particles”.

Sadiq Khan has warned the capital that pollutants have been imported from the continent along with the increase of local emissions. A new pollution alert will be issued on Thursday but the London major would like to set up fresh new proposals to combat the air pollution including a Workplace Parking Levy.

The city mayor said that the city will suffer from gridlocked roads and filthy air unless car usage is reduced in London. He wants to do everything in his power to tackle the air quality, especially for people who are more at risk from the high pollution levels.

Khan cited a report by Inrix who area traffic information supplier, that London was one of the most congested cities last year in the UK.

He also said that there is an issue that sustainability in the capital will be less significant in the future as one health crisis such as Covid-19 will be replaced with another. The figures have shown that there has been a rise in car usage which has returned to the levels that were present before the pandemic. 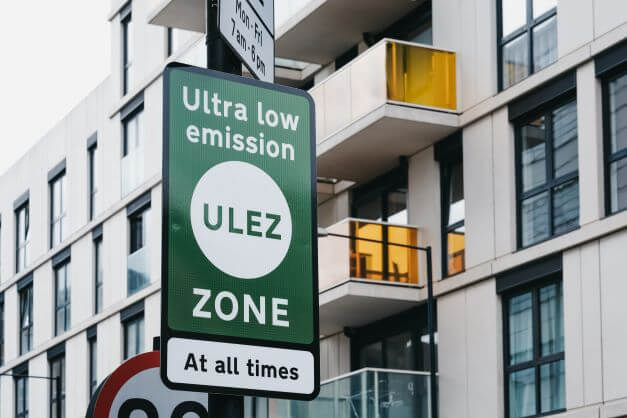 However, it hasn’t been the same for public transport as Tube travel has only been 50% and the bus usage at 70% of the levels before the first lockdown.

The Inrix report also calculated that London’s economy had to pay £5.1 billion for the congestion costs last year which was around £1,211 for each driver. The figure was based on the estimated earnings of drivers or the leisure time that they are missing out on because of traffic.

“Whilst we have made huge strides in increasing walking and cycling in London throughout the pandemic, car use has remained consistently high,” said Mr Khan.

He also added that more needs to be done to deliver a sustainable greener future which includes reducing the impact of gridlocked roads and filthy air. Khan believes that the costs to the Capital should not be overlooked, with billions wasted to the economy, days wasted in long traffic queues and increased health issues and road dangers.

“Most traffic is caused simply by there being too great a demand for limited street space, meaning the only long-term solution can be to significantly reduce car use in favour of greener means of travel.”

The London major has made the pollution issues a priority and expanded the Ultra Low Emission Zone is one of his well-known policies but there has still been an unhealthy amount of congestion on the roads. He wants people to consider taking public transport instead of driving for every journey in London.

There was a scheme in Leyton that only allowed people to cycle or walk in the area but there were many people who thought it was contentious and Khan was questioned by one of the locals who didn’t like it even though many businesses there think it’s a step in the right direction.

Any changes to the low traffic neighbourhoods and the cycle lanes are government-funded but there have been mixed responses to the changes in the capital.

The chief executive of the thinktank Centre, Nick Bowes, wants the major to scrap the congestions charge, which he feels is outdated, the only people paying for it are drivers who travel through the centre.

He believes that there should be a smarter and simpler system for road users that will replace both the Ultra Low Emission Zone and the congestion charge.

Bowe also mentioned that a fairer scheme that charges the driver by the mile would improve the air quality, combat congestion, increase the usage of public transport, cycling and walking. It could potentially improve Transport for London’s budget issues.

Sian Berry of the Green Party London Assembly agrees the transport policies in London are clearly not working as there has been an increase in congestion.

He stated that the major cannot deliver on his promises of a green recovery from COVID unless he changes the transport options that are cheaper, easier and safer than travelling by car.

At the moment Bowes has said that the rising public transport fares have caused more Londoners to drive by cars while more tube, bus and train services budget are being reduced and not enough safe cycling and walking spaces have been established.

5 best (and worst) Pride Month campaigns of all time

Pride month: a month of celebration, love and proud identity! Or…a month of corporate hell? There have been many Pride Month campaigns in our...
Read more
Business

With a population of over 8 million people, it’s no surprise that London is home to some of the world’s biggest sport teams. They...
Read more
Home

Crime rates are usually much higher in big cities. However, London is considered to be safer than many of the other popular cities in...
Read more
News

The Mayor of London Sadiq Khan is intending on leaving the Townhall structure in central London in an effort to conserve ₤ 55m after...
Read more
Sport

The city of London is a hub of sports lovers, hosting Wembley, Twickenham and Lords. It attracts hordes of people from across the world...
Read more
Eating Out